Established in 2012, Fleet Street Kitchen is a high-end dining venue with locations in Birmingham and now Mere Green, Sutton Coldfield. With amazing food served in stylish and comfortable surroundings, FSK is also dedicated to sourcing only the best local produce and is a proud supporter of sustainable agriculture and traditional farming practices.

One of Town & Country’s growing portfolio of restaurants, FSK’s plans for expansion are not limited to the opening of a new branch, but also include the launch of their own e-commerce arm, FSK: From Farm to Table, the introduction of a private dining option and the publication of their own book.

When the directors of Town & Country Inns PLC decided to open a new branch of their flagship restaurant brand, Fleet Street Kitchen, they knew they needed a shopfitter capable of getting involved with the design and getting the job done incredibly quickly.

From the beginning, the project was subject to a very tight schedule, as the grand opening had already been advertised to coincide with the third anniversary of the launch of the first Fleet Street Kitchen.

There was also an ongoing element of design and build, which meant that Approved were called on to make changes to the specification as the job progressed. So, it was a particularly high-pressure project with a lot of challenges.

Thankfully, our reputation as a company who can work effectively and efficiently under pressure preceded us and the client was confident we could rise to the specific challenges of the job.

In the client’s own words: “Choosing Approved was one of the best decisions the board of Town & Country has ever taken. Approved’s MD, Spencer Turner, gave us a number of assurances as to the quality of his team’s work, and he was never less than confident that the schedule would be adhered to. He kept every promise and we were simply astonished by the professionalism, expertise and conscientiousness of his team. Nothing was too much trouble and on every occasion that something had to be changed, or adapted, and regardless of the obvious frustration it must have caused on site, Approved met every single challenge with consummate skill and grace.” 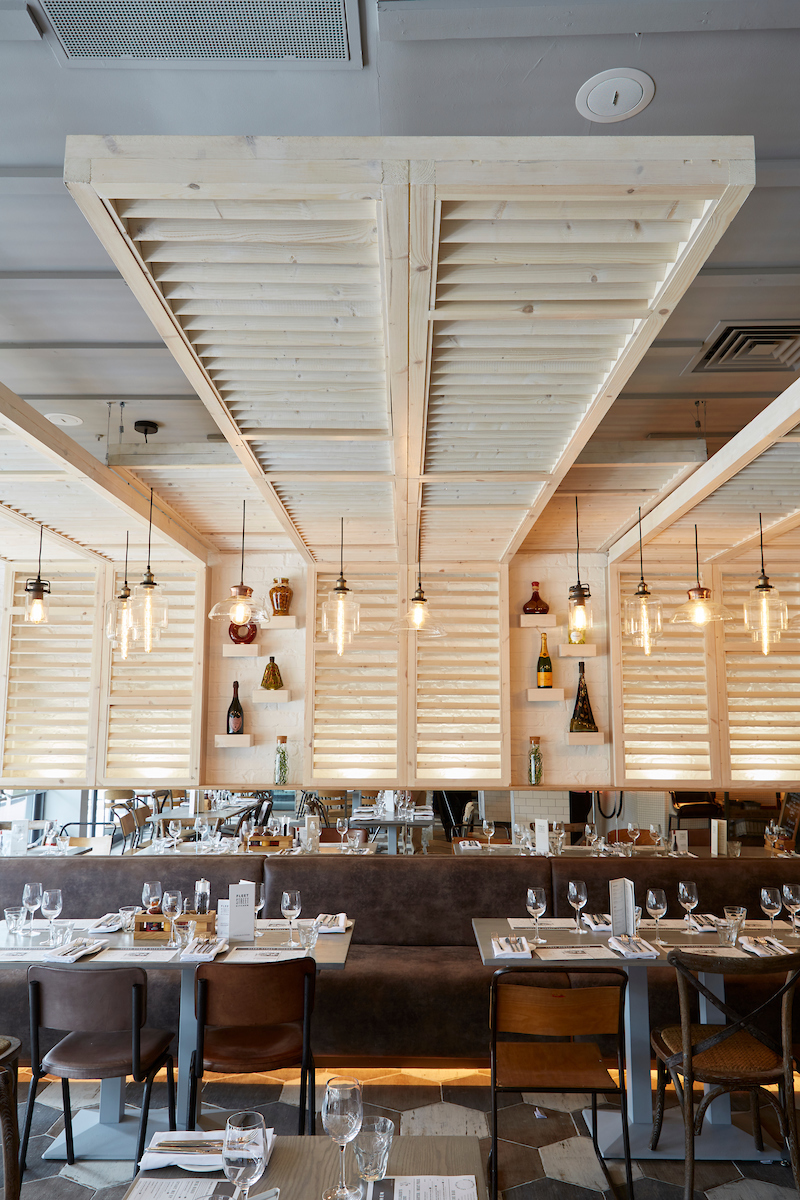 It was important to us to have a plan in place from the outset, so the first thing we did was to develop a program of works to fit the tight timescales provided by the client. With this structure in place, we were able to chart our progress and keep sight of our deadlines.

On a design and build project such as this, there are always a whole host of changes to the specifications that need to be incorporated at short notice. Having the capacity to provide in-house joinery enabled us to do this smoothly and efficiently.

The project began on the 22nd June and was completed on 19th July, in plenty of time for the three-year anniversary of the opening of the flagship Fleet Street Kitchen restaurant in Birmingham on the 21st.

As we managed to complete the project in such good time, the client was able to have a soft opening and iron out any operational issues prior to the grand opening to the public on the 21st June.

As a consequence of doing such a good job for Fleet Street Kitchen, Approved Shopfitting & Interiors have had an influx of new enquiries and Town & Country have made what they called “the easy decision” to use no-one else for all of its future shopfitting requirements.

Again, in their own words, “Approved has lived up to its name. Indeed, the best contractors are those who enable clients to keep their promises to their end-users, and that we were able to open another great restaurant on time is to a great extent attributable entirely to Approved.”

Working with the team at Town & Country has been a great experience and we look forward to working with them on future projects. Fleet Street Kitchen in Mere Green is a superb addition to their portfolio of restaurants and we are proud to have played our part in that.

Centenary Lounge
A charming station in Worcester converted into a café with a 1930s Art Deco feel.