Project managing the installation of Lloyds Pharmacy’s most prestigious branch into Selfridges London was one of our most challenging projects, because of its flagship status we knew all our hard work would be worthwhile.

Meetings were arranged between Approved Shopfitting & Interiors, Lloyds Pharmacy and Selfridges initially to agree the design element of the project, because this branch was so high profile a lot of the joinery would be bespoke to Lloyds Pharmacy to give it that WOW factor. Once all parties were happy with the design a quote was put together and signed off then the manufacturing and work on site started.
We were given a very tight deadline for the store to open and even though a lot of obstacles were put in our way we rose to every challenge and completed the project on time with fantastic reviews.
Watching 300 square metres of empty space turn into such a fantastic looking Lloyds Pharmacy was amazing and made us all proud to be part of the Approved Contracts team.

Words from our Client

Branch 7485 Selfridges opened on schedule today and as I can’t personally be around today to thank everyone involved I’ve asked Jo to send this on my behalf. It’s difficult to know where to start thanking and praising those involved because so many people have been involved in this project. I got the easy bit, the negotiations and board approvals although even that had some challenges in terms of was it the right thing to do in a recession and was it too much of a distraction from everything else the company was trying to deliver.

Once the decision was made and we got Celesio approval everyone has worked tirelessly to deliver this project. We originally planned to open 16th March but that became impossible due to the delays in agreeing plans and specifications with Selfridges. However, once we set the 23rd March opening date I was determined that we’d deliver it on time and to budget and set that challenge for the team. Little did I know then the problems we’d have both pre and on site. Every challenge that has been thrown at the project team they and our contractors have found a solution to and there have been many. The email flow was so large that at one stage I had to ask that I only be copied on a need to know basis. Even that Darren found a solution to with his communication log. There has been asbestos on site, changes to agreed plans, changes to specification, changes even after installation, non delivery of promised Selfridges supplied equipment like lighting. Every time the programme has been adapted and a solution found often meaning people working longer hours on site. Through all these problems I have been so proud of how the team have coped and continued to deliver.

I must thank all the team from Approved Shopfitting & Interiors, they have dealt with every issue on site and incredibly managed to maintain a very good working relationship with Selfridges even when they kept changing plans and specifications.”

Just a quick note of personal thanks to everyone involved (and of course your teams) in getting the Selfridges concession opened on schedule – the levels of commitment and sheer hard work were incredible!

The project was fraught with huge challenges….…the timescales were tight to say the least, and our relationship with the Selfridges team “challenging”, but everyone concerned demonstrated just what professionalism, effective teamwork, and on occasion sheer bloody mindedness can achieve.

The unit looks fantastic, and while there will clearly be some “tweaking” across the coming weeks and months as we better understand the local market and customer needs, I am confident that we have a truly impressive platform to accomplish great things!

Thank you all for your brilliant efforts in establishing what I am convinced will be a true “flagship” for the business in every sense of the word! 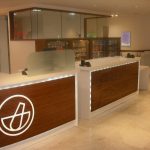 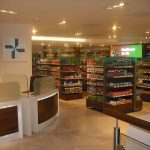 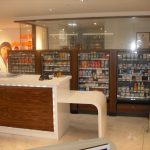 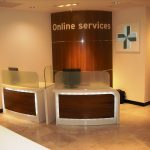 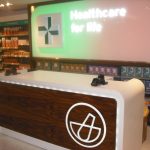 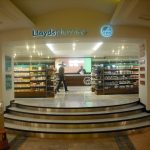 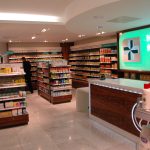 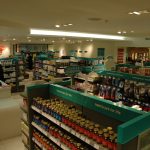 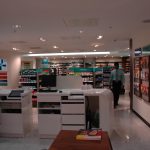 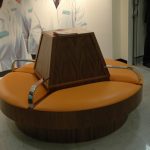 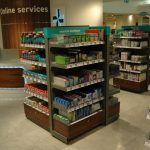